We arrived at our hotel in Hanoi smack bang in the middle of the old quarter at about 4.30pm.  Lovely welcome at the hotel showed us to our room which is where it went downhill it was just shy of a box with a window to a corridor. The room I booked should have had a balcony. The hotel tried to convince me I had the room I booked. In fact all the rooms they offered on the site had balconies. There was clearly a problem. So we checked out of there and went to a hotel around the corner. It appears the info was correct on one site but when it was transferred to a sister site it wasn’t. We gave them the benefit of the doubt as they were so apologetic and they walked our cases around to the other hotel.

So it doesn’t quite end there. The room at the new hotel was deluxe with balcony, their feature room. We arrive to be told it wasn’t available, even though it showed it available and we had booked it.   The next day it was still possible to book it.  They gave us a family suite, which just means it’s a room with four beds. So it was spacious but no balcony and noisy being on a lower floor.  So not a good start to Hanoi and it’s now getting on for 7 o’clock by the time we are finally in a room.  We had been spoilt by our hotel in Hue which was half the price.

Ho Chi Minh  led the Vietnamese nationalist movement for more than three decades, fighting first against the Japanese, then the French colonial power and then the US-backed South Vietnamese. He was President of North Vietnam from 1954 until his death. He was such an important part of the modern history of Vietnam that he is still revered throughout the country and our visit to his mausoleum reiterated this. He is known as “Uncle Ho”.  The Mausoleum is only open for three hours a day so we thought it would be busy.Well I’ve never seen anything like it. There were so many people queuing that we didn’t bother going into the Mausoleum itself. From the way the queue moved there was no stopping when you got there, it was a case of keep moving. So we viewed it from the outside. In the left hand picture the queue went further along the path but this can’t be seen here.

Back of queue at HCM Mausoleum, Hanoi 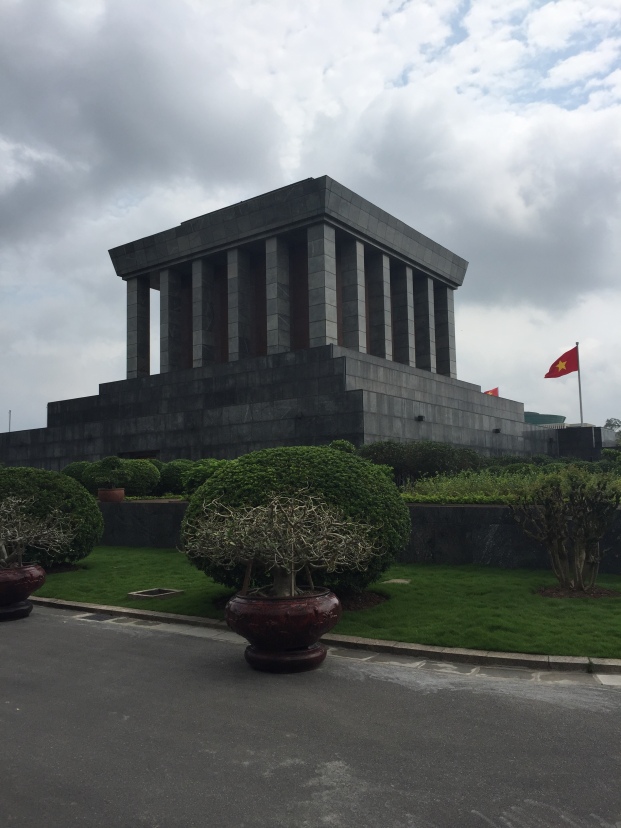 Also here was the Presidential Palace (this isn’t open to the public) which Ho Chi Minh refused to live in as he didn’t think it was suitable when there were poor and starving people in Vietnam.  He lived in House number 54, which was in the Palace grounds.  He lived here from 1954 until  1958.  In 1958 he moved to the house on stilts which was opposite House no.54.  The house has two floors. The ground floor was the meeting place, and upstairs there were a bed room, a study room and a bookshelf.  It was a simple house and one which suited Uncle Ho.  He lived here until his death in 1969.  Walking around this area again it was a long queue that kept moving.  There must have been a good few thousand people here including lots of school groups. 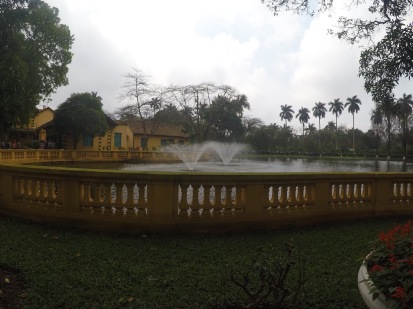 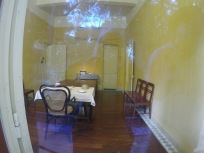 Inside House no.54, Hanoi

We also visited the Ho Chi Minh museum which covers his life. 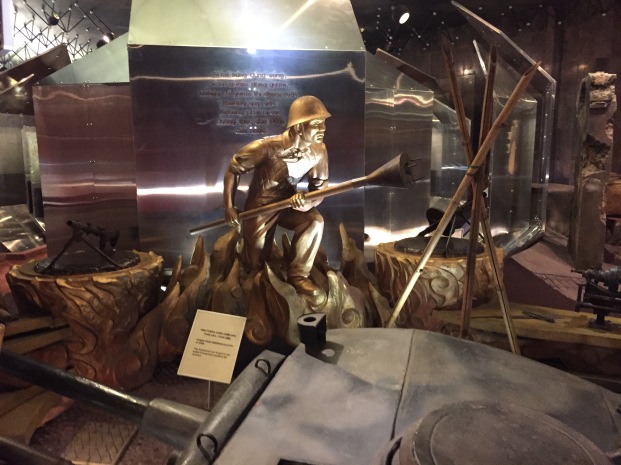 Museum of History of Vietnamese Military

Vietnam spent a long period of time at war fighting for independence. The museum took us through this. Outside there is a selection of planes, field guns, bombs, trucks and tanks. 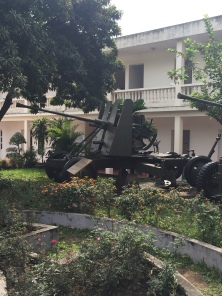 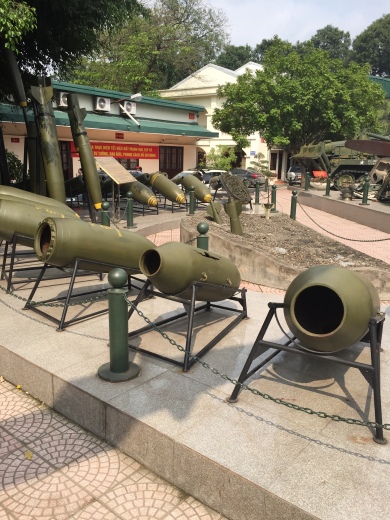 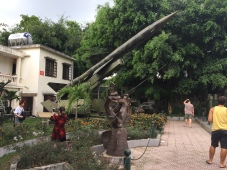 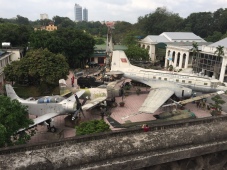 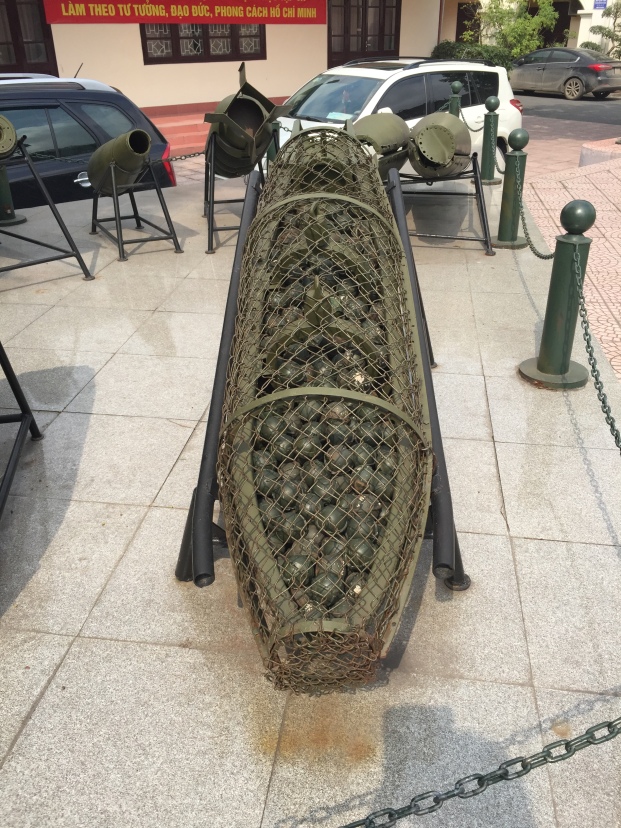 Inside of a cluster bomb, Hanoi

There is a tall structure that was put together out of the wreckage of a B-52, an F-111 and a French transport plane, all of which were shot down.

In Hanoi there is a place called Beer Corner and yes you have guessed it, its full of bars, restaurants and clubs selling beer.  Now I mentioned earlier here about the numbers of people in one place well Beer Corner was no exception.  It was rammed and it was difficult to walk through.  This appears to be the place for the youngsters to party well into the night (OMG I sound old).

When we were in Bangkok we were amazed at the electric cables well the picture below shows the Vietnamese can give the Thais a run for their money.

We fitted a lot into our day in Hanoi, unfortunately we couldn’t spare any more time here as we are off to Halong Bay in the morning for a two day cruise.