Following our trip to Ronda we drove two hours to Cordoba.  The historic part of Cordoba includes the Mosque – Cathedral and has a Roman bridge which was originally built in the first century but has been reconstructed on various occasions since.  It has 16 arches and is 247 metres long.  For those of you who are avid Game of Thrones fans you may recognise the Roman Bridge as it was used for the Long Bridge of Volantis in series five. 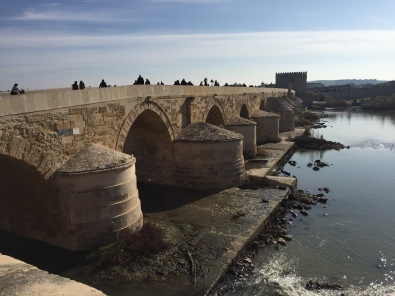 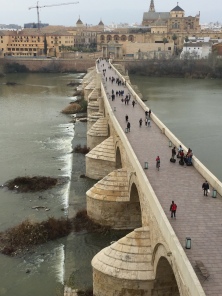 The Mosque – Cathedral of Cordoba

Cordoba is well known for the mosque which has a cathedral in the centre of it.  The mosque is spectacular and the pictures don’t do it justice or make you appreciate its size.  It could hold 40,000 people in the 13th century which was quite incredible.

It is believed that the site of the Mosque-Cathedral was originally a Christian church dedicated to Saint Vincent the Third, which was divided and shared by Muslims and Christians after the Islamic conquest of the Visigothic kingdom. This arrangement lasted until 784, when the Christian half was purchased by the Emir Abd al-Rahman I, who then proceeded to demolish the original structure and build the grand mosque of Córdoba on its ground.  In 1236, Córdoba was conquered by King Ferdinand III of Castile, and the centre of the mosque was converted into a Catholic cathedral. The cathedral nave was installed in the 16th century. 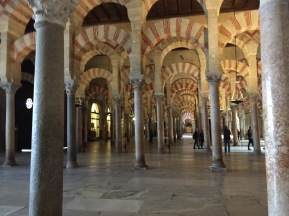 The focal point in the prayer hall is the horseshoe arched mihrab or prayer niche.  A mihrab is used in a mosque to identify the wall that faces Mecca

Within the Cathedral is the renaissance high altar.  The 18th-century choir stalls, are carved in rich mahogany from the West Indies.  The carving , contain scenes from the Bible, the life of the Virgin and depictions of local martyrs and also a large number of decorative pieces: masks, eagles, centaurs, and a variety of stylised flora and fauna. The cathedral organs, of which there were two, were stunning and whilst we were there a young guy who was visiting played. 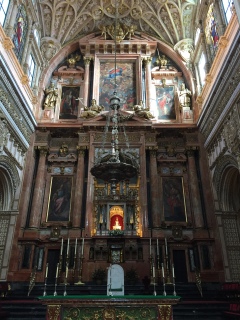 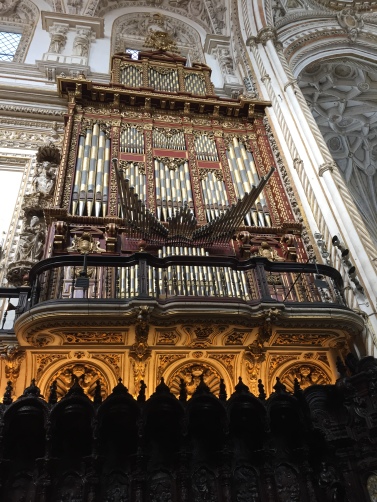 One of the two organs, Cordoba Cathedral

Outside the Mosque–Cathedral is the Courtyard of the Orange Trees.  In the corner of the courtyard is the Torre del Alminar is 93 meters (305 feet) high.  The exterior of the mosque was also highly decorative. 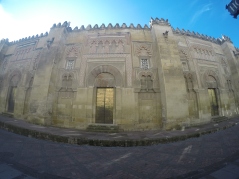 This the palace where King Fernando and Queen Isabel, first met with Christopher Columbus in 1486 who was putting his idea of looking for a Western route to reach India.  The Alcázar’s has lovely terraced gardens.  The fish migrated to any part of the pond they thought food might be coming. 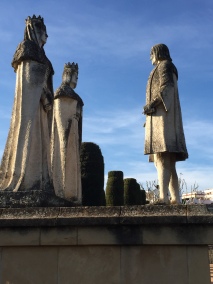 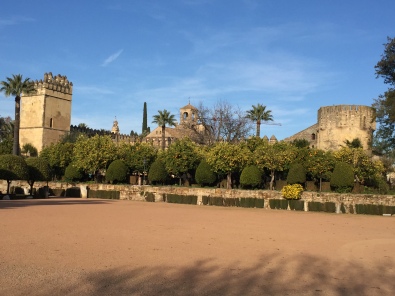 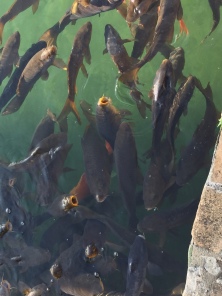 An Enormous Castle in View

We were driving back from Cordoba and up in the distance off the main road was an enormous castle.  So being nosy that we are we just had to go have a look.  When we got out of the car we weren’t expecting it to be quite as cold as it was only 5 degrees, so we didn’t hang about for long.  We could see the Sierra Nevada too and there was quite a bit of snow on the mountains.

We discovered it was the La Mota Fortress or Castillo de Alcalá la Real  which for over 150 years, has marked the frontier between the kingdoms of Granada and Castile. Surrounded by several rings of walls, making its perimeter one of the largest in Andalusia, with seven gateways and three towers, so it was enormous.  It is 1,029 metres (3,376 ft) above sea level (no wonder it was cold). It dates back to the 13th-14th century, although some parts of the structure are older. 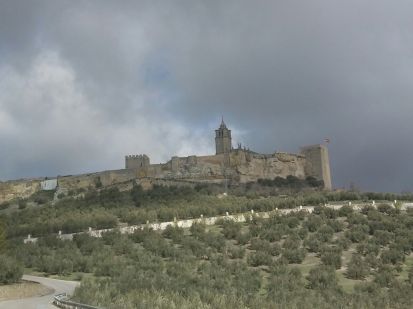 This was the end of our little jaunt for the time being.

Car hire here  in winter months, if you collect and drop back to the airports, is very cheap so we thought we would take advantage of this and hired a car for a month (€70) and take the opportunity to explore some of the Spanish countryside.  Our first trip was Ronda which was a five hour drive from Cartagena.  The views going up were stunning.  It was a clear day and you could see Gibralter (see the ships waiting outside Gib in the photo below) from the roadside going up.

View from the mountain road with Gibraltar in the distance 22.1.18.

View from the mountain road .

Ronda is set up in the mountains, 739m above sea level, and is situated above a deep gorge (El Tajo).  It was a lovely sunny day and quite warm, which we didn’t expect for mid January. 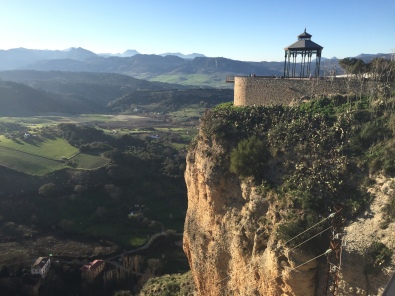 Views from The Puente Nuevo

The Puente Nuevo (“New Bridge”) is the newest and largest of three bridges that span the 120-metre (390ft) deep gorge that carries the Guadalevin River and divides the city of Ronda.  Construction of the bridge began in 1759 and took 34 years to build. 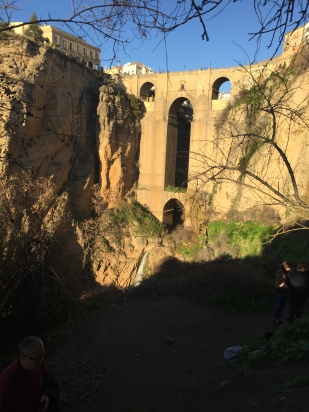 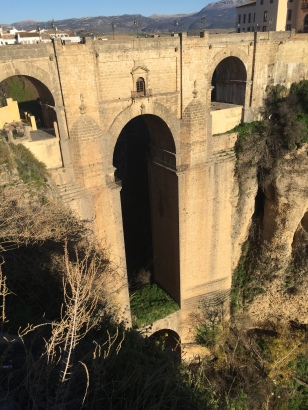 Ronda is well known for its bullring and although not the oldest it is the oldest bullring built entirely of stone and has a diameter of 66 metres (217ft).  It is unique as all the seating is under cover. The stands were constructed in two levels of seating with five raised rows per level and 136 Tuscan sandstone columns forming 68 arches providing support for the top level of seating and the roof of the Plaza de Toros.

A small number of bullfights are still held here, the Goyesca Bullfight is the highlight of the Pedro Romero Fair which takes place in early September.  Pedro Romero was a legendary bullfighter from the Romero family in Ronda, He was known as the first matador to present the bullfight as an art form as well as a display of courage. 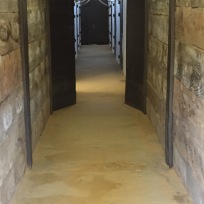 And it wouldn’t be a visit without a trip to a church.  This is the Iglesia De María Auxiliadora De Ronda 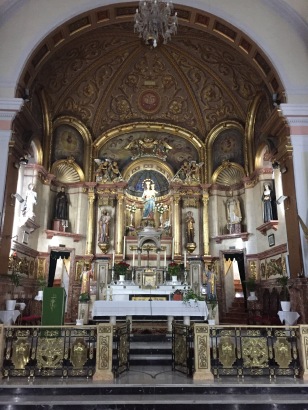 We spent a couple of days here and then drove to Cordoba which was a couple of hours away.