We left Riveira for Vigo on Monday 7th August 2017, a leisurely start at 11.30, with overcast skies and winds of about 13 knots in a north easterly direction.  Winds got up to about 20 knots and we were surfing on the waves with our fastest speed being 13.5knots.  On the way out of the Ria we passed this fishing boat who was swinging his net round in a circle. 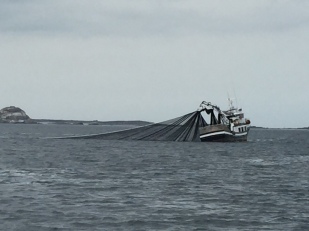 Vigo is a big commercial port.  We only stayed here the one night as we needed to visit a chandlers for a few bits and pieces to ensure we complied with Portuguese safety rules.

We left the following afternoon and took the short trip to Baiona.  Baiona is stunning, set in a small bay and very sheltered.  It wasn’t what I’d expected. 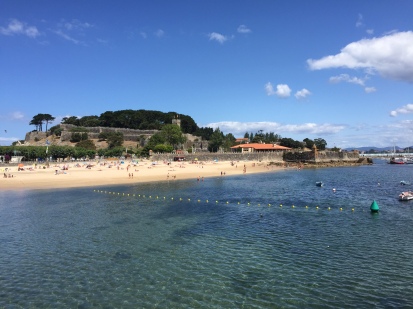 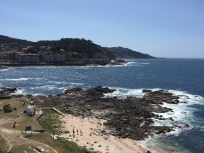 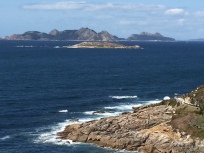 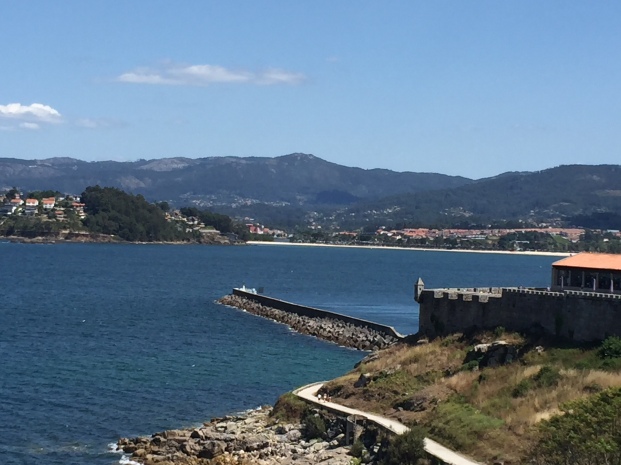 Ian had visited here about 30 years ago and as you can imagine the change was dramatic.  There were no marinas back then whereas there are now three and it is much more developed for tourists. There was only the fuel jetty, the castle and the yacht club back then. 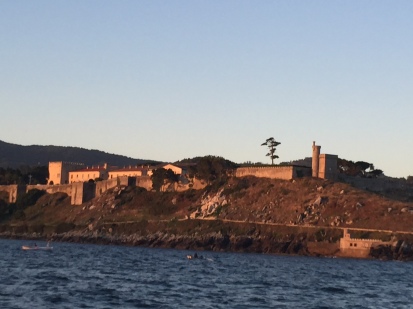 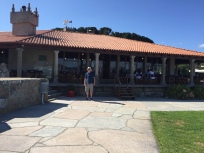 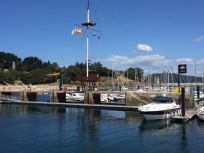 We visited the replica of the “Pinta” ship which was commanded by Martin Alonso Pinzon.  Baiona is significant as it was the first port in Europe to know about the discovery of America when the Pinta arrived there on 1st March 1493.  The ship was surprisingly small. 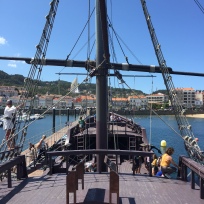 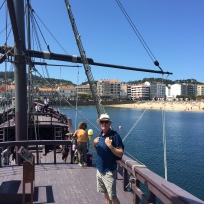 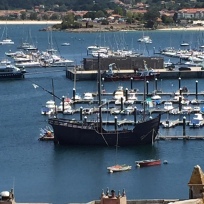 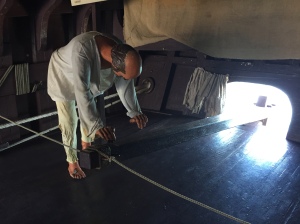 The boat was steered from down below where the tiller was so it wasn’t possible to see where you were going from there.

The ship brought back various items from America including three natives, one of whom died on the trip.  The main product they brought back was cotton however they also brought various plants which at that time weren’t known to Europe including corn, sweet potato and tobacco.  There was also some wildlife.  Sailors generally slept on the deck of the ship however, they discovered the hammock in America and so had a much more comfortable sleep on their return. 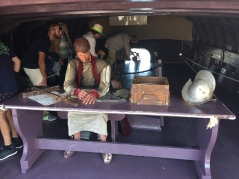 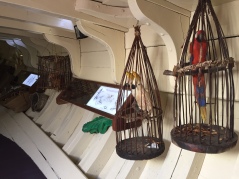 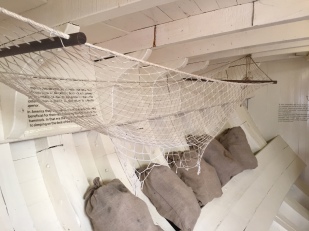 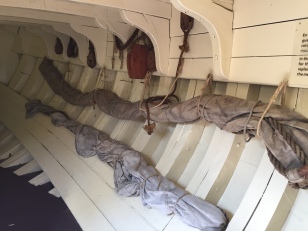 We had a spot of lunch “menu del dia” in the old town and then went for a walk around the fort, “Fortaleza o Monte Boi ou Monte Real S X XVII”. 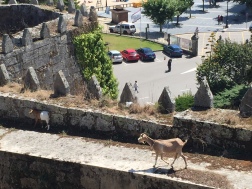 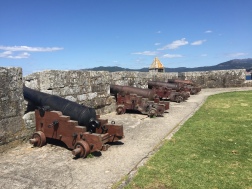 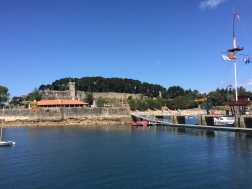 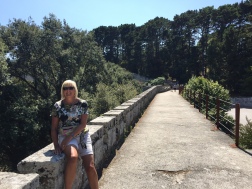 We visited the local yacht club “the Monte Real Club de Yates de Baiona” which overlooks the bay and so we had to stop for some refreshment.  King Juan Carlos II of Spain sailed from here.  The club has also made several challenges to the Americas Cup and had a number of entrants to the Whitbread Round the World Races. 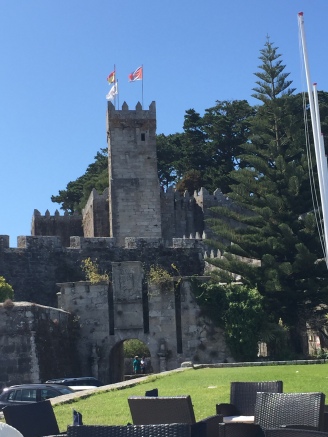 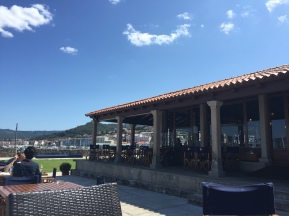 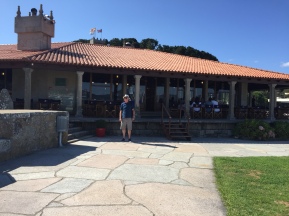 We left Baiona on Thursday 10th August for Portugal just as the sun was rising.  As the morning went on their were lovely blue skies, northerly winds of 12-14 knots, perfect conditions, idyllic, for sailing yes but land is definitely warmer than on the sea. I had my jacket on and a towel wrapped around my legs for most of the day as it was rather chilly.  As some of you know our cockpit is covered with a bimini so no getting into the sun and out of the wind there but I have been told on numerous occasions that I’m going to be grateful for that bimini when it’s hot! There was me thinking by the time we got to Portugal I’d be stretched out on the front of the boat.  It’s forecast 26 tomorrow and we’ll be ashore.  Hurrah! 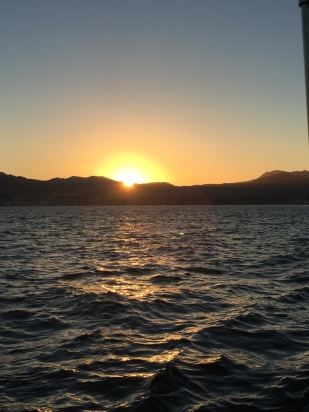 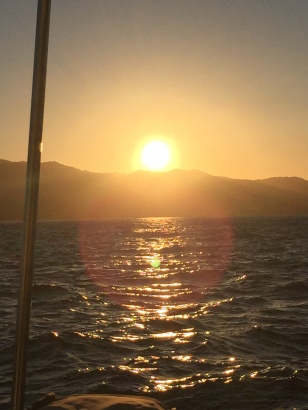 Oh how grateful we are for technology.  We have discovered the app Google Translate, thanks to Julia.  So wherever we go now we stand with a phone hovering over menus, signs and such like and the phone shows you the translation through the camera.  Amazing!