It’s Thursday 19th October 2017 and we are now looking to make our way to Cartagena where Cuffysark will reside for the winter.  We left Fuengirola at 9.15am.  It was calm flat seas but overcast with slight winds of just 6 knots from the North.  Three hours in and the wind has picked up to 18-20 knots, north westerly so were picking up good speeds, 8.5 knots.  We covered 50 odd miles in 7 and a half hours arriving in Motril.  We stayed just the one night and set off the following morning at 9.30am.  The landscape along this coast is quite dramatic with it not being very far from the Sierra Nevada. 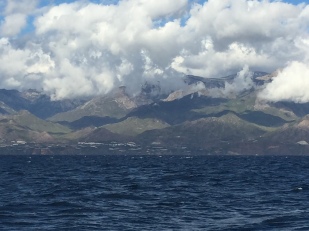 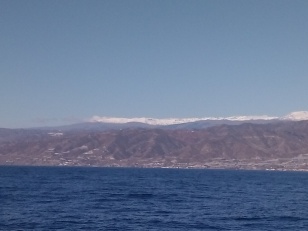 Ian had put the fishing rod out the back of the boat and actually managed to catch something.  We believe it was a King Mackerel.  I like fish but fish that has been caught by someone else and I couldn’t bring myself to gut it etc so back it went. 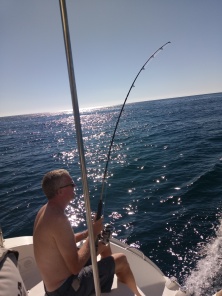 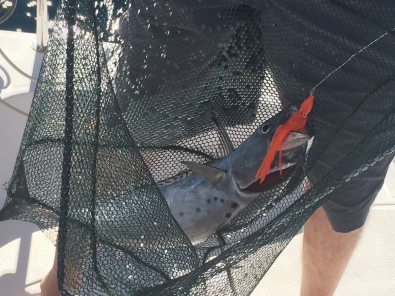 We had decided before we left Motril that we would stop at Almeriamar and then move on.  However, the weather wasn’t looking favourable after the next day so we decided to get a move on and get to Cartagena sooner rather than later.  We anchored up between two commercial ports at Carboneras at 11.30pm after 14 hours and 85 miles.  Had we realised we were going to head so far we would have left earlier!  Below are pictures of Cabo de Gata which we passed at sunset. 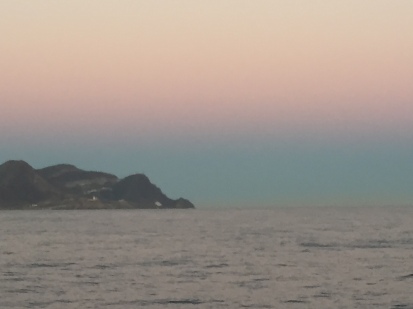 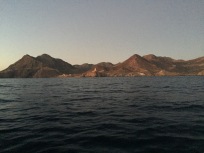 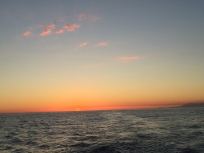 Our final sail of the season

We didn’t hang about,  we set the alarm and left at just after 6am and it was still dark.  There was no wind so we had to motor most of the way but it was another lovely, sunny and hot day!  The entrance to Cartagena is not that easy to see it looks like you are just heading for the mountains and it takes a while before the entrance opens up.  Once inside the entrance we found our way round to the Real Club de Regatas de Cartagena and found a space on the quayside and moored up.  The views inside are pretty good.  This is where Cuffysark will be until April  2018. 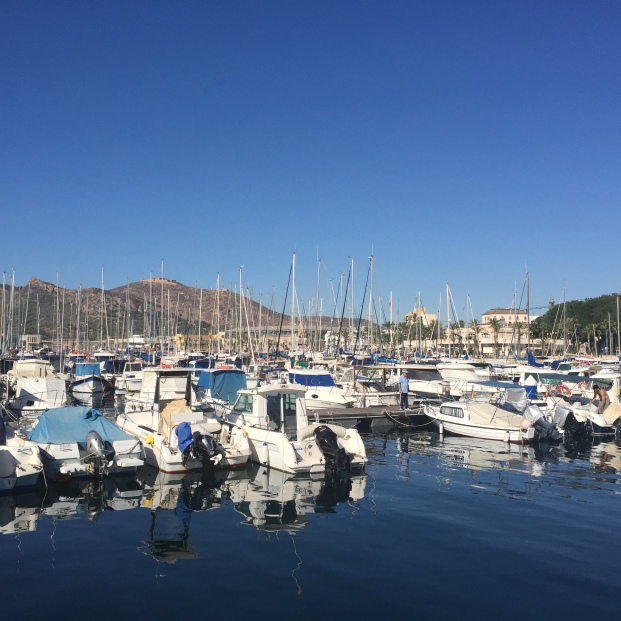 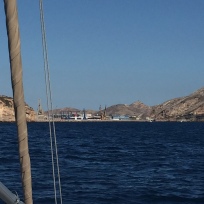 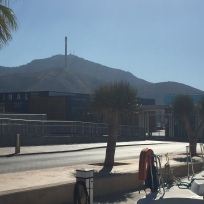 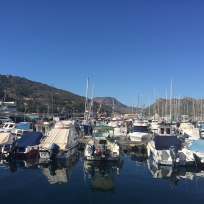 We were both very tired but thought we ought to have a bit of a walk.  We had been walking around the main town which was very busy for about half an hour but decided we were too tired, so we turned back and came across a procession with a very big statue of the Virgin Mary being carried. 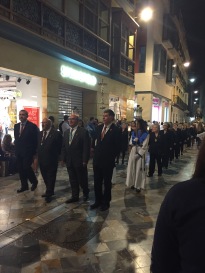 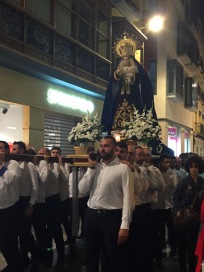 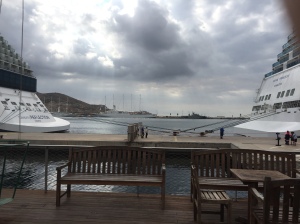 As I mentioned we are moored up on the main quay, the Yacht club to one side and in front of us is the cruise terminal, there are some big ships that come in.  Boats moored up do attract people.  So we do get some people just walking by,  some stop and pose in front of the boat for a photo or a selfie and some stop for a chat, all nationalities.  It’s quite nice to see the world going by, at least so far it is.

Our first full day in Cartagena, Sunday 22nd October and we discover there is quite a big live aboard community here, mostly in the marina next door, the Yacht Port Cartagena.  It seems that people flit backwards and forwards to home over this time, some popping home for longer than others so there are always people around.  They have a BBQ every Sunday, Wednesday is tapas night which is a crawl to different tapas bars and Friday is happy hour visiting various bars around town.  I believe as time goes on there is other stuff that goes on, on an adhoc basis.  So we went off to the BBQ to meet some of our fellow sailors.  We were surprised to say the least at how many people were there, somewhere in the region of 40 or so.  It’s nice to know there are others doing the same as us.  We are not alone! 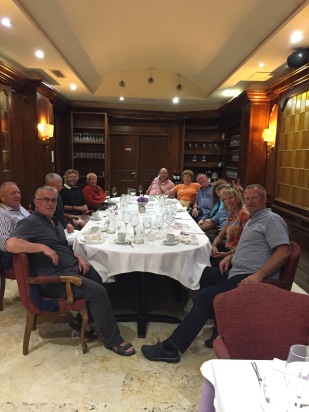 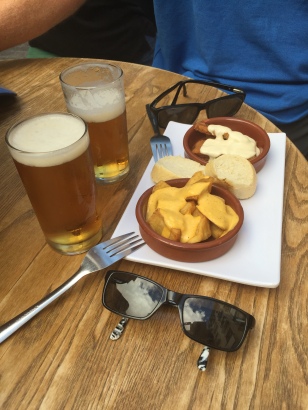 All in all we’ve had a good start in Cartagena.

2 thoughts on “Heading off to Cartagena”