We left Cadiz at 7.30am on 11th October heading for Barbate which was 37 miles along the coast.  The best winds for going to Gibraltar coming from the west are obviously westerly winds.  The forecast was easterly with up to 20 knots.  It was OK for the first four hours or so but we then got 35 knots for the next couple of hours.  The seas were short and sharp and so made it rough with 2m waves.  We had enough salt on the boat for putting on the chips for the feeding of the 5000.  To add to this the reefing line (the rope on the front sail which makes the sail smaller for you non sailors) on the genoa broke and so where we had the sail smaller it was now out full size and the only way to wind it in was to go up to the front of the boat to rethread a new rope.  The conditions weren’t such that you wanted to go anywhere near the bow of the boat, so this had to stay as it was until we got within spitting distance of Barbate.  It was not pleasant, quite scary.  We turned the corner into the bay and the winds dropped to 8knots and nice and flat, the difference was unbelievable but very welcomed after seven hours.

Another pretty empty marina in Barbate.  We only stayed overnight and then set off the following morning for our trip though the Gibraltar Straits, at an unearthly hour for us, 5.45am, again with an easterly wind forecast of 20 knots.  The journey this time was better, the winds were again stronger than had been forecast reaching up to 30knots but we sat tight against the coastline which meant we didn’t have much in the way of waves, didn’t use the geneo and used a much smaller main sail.  Ian put both engines on so we could power through, something he never does, he normally only has one engine on at a time.   It took us five hours and we moored up in Queensway Quay Marina. 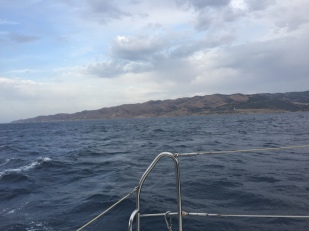 We were all tired from the early start so we did as the Spanish do (I know it’s not Spain) and had a little siesta.  The following day we took a ride up in the cable car just before the sun was setting and the views were quite spectacular and this is where you find the Barbary Apes. 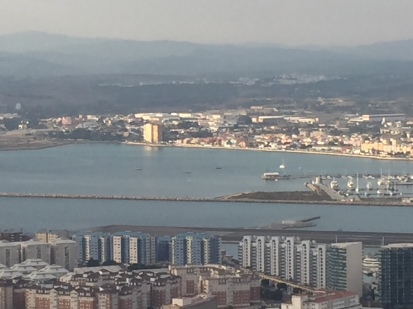 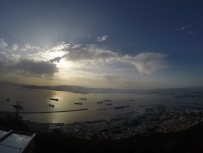 A Barbary ape drinking from the water fountain

We also visited Trafalgar Cemetery which has the remains of those who were injured at the Battle of Trafalgar.

Gibraltar has a thriving tourist industry and is actually smaller than Canvey Island.  Main Street is full of the usual shops and a bit like walking through the departure lounges of an airport selling VAT free drink, cigarettes and electrical goods.  Have to admit we did make a visit to M&S and also had some pub grub. 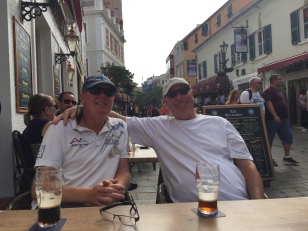 We had come to the end of our time with John and Prim so off they went on Saturday 14th October back home.  We’d had a great time and done lots and we could now visualise when Johnny talked about Moron what it was like.  The other place dear to his heart is Ronda, a place we will visit sometime in the next few months.

We waved them off and then made a trip to Morrisons.  We were like kids in a sweet shop, it is exactly the same as it is at home with the same products.  I know it’s sad but we were able to stock up on some things that we hadn’t been able to get for the last five months.  The following day more friends were arriving Graham and Lesley.  So the rest of the day we were changing beds and cleaning ready for their arrival.

Lesley, Graham, Ian and I decided to take a taxi tour of the island which lasted two hours and well worth it.  The driver gave a good commentary whilst taking us round the island.  We went first to St Michael’s caves.  The caves are used for concerts, quite an unusual venue. 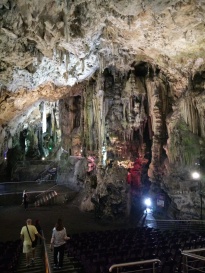 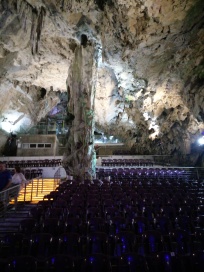 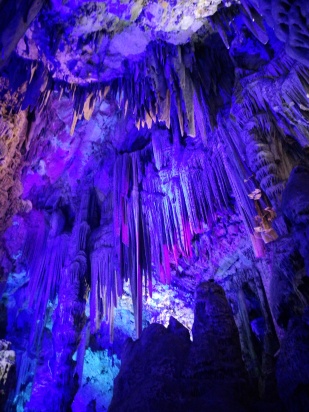 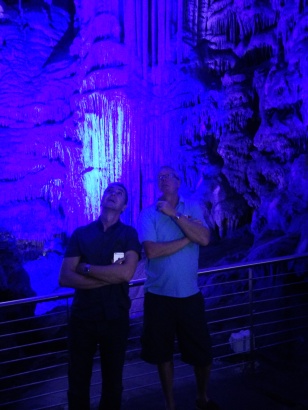 We next visited the tunnels, there are 34 miles of them (no we didn’t walk them) which were built over the course of nearly 200 years mainly by the British Army. 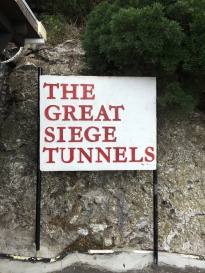 We went up to the top of the rock where the Barbary apes are, they did make me a little nervous but they are fascinating to watch.

Finally we took a look around the Moorish castle.  Part of the castle was used a prison until it was relocated in 2010.

We left the following day for our next stop Estepona but not before filling up with diesel which is inexpensive in Gibraltar.  We had a pleasant sail, overcast when we left but by the time we arrived in Estepona it was lovely and sunny.  They have a bull ring here and a lovely town about 15 minutes away from the marina.  We had a big thunderstorm during the night here and lots of rain which I’m sure the Spanish welcomed as they had been suffering a drought.

We stayed overnight in Estepona and headed to Fuengirola the next morning.  About an hour before arriving we hit a lobster pot.  We couldn’t free it from the rudder so Ian had to don his dry suit, snorkel on and in he went to cut it away.  We decided to eat on the boat, so add music and wine and it’s a bit of party!  In the park there are lots of Monk Parakeets (they are green and blend in with the grass) who build rather large nests in the palm trees. 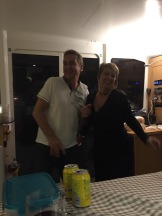 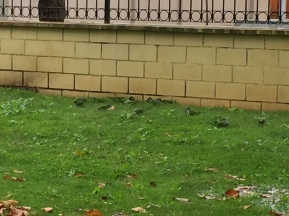 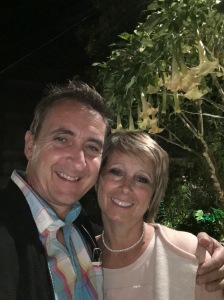 Time for the last of our visitors, Graham and Lesley, to leave after a fun few days.