We were just four hours from Granada up in the mountains so decided to make a visit in early November.  We looked at various ways of getting there and the bus was the most direct route.  Trains go via Madrid so take twice as long.

The bus left Cartagena and then went on to Murcia before heading up to Granada.  The journey was four hours long on a nice comfy coach.  The hotel was about a 30 minute walk from the bus station so off we went and eventually found it down a small side street.

We dropped our bags and went for a walk around.  We first visited the “Palace of Dar al Horra” which was a moorish palace and the residence of the Sultana Aixa. 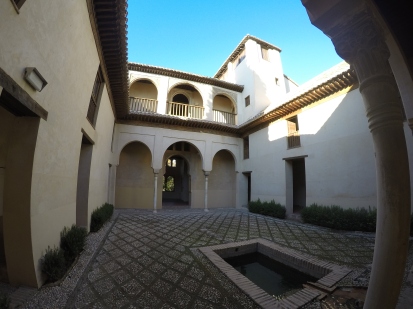 The weather in Granada was not unsurprisingly colder than it was in Cartagena.  In the evening and early morning (fairly early anyway) it was below 10 degrees so felt quite wintery but then we were higher up, being not far from the Sierra Nevada.  The views of the mountains were amazing. 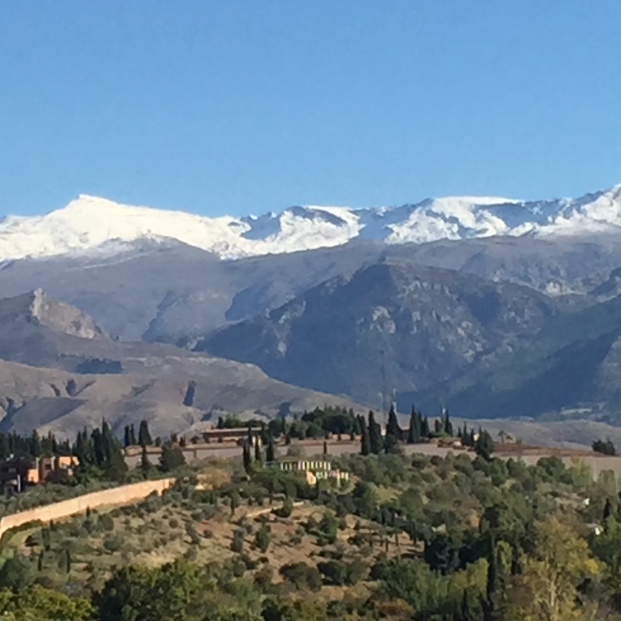 View of the Sierra Nevada 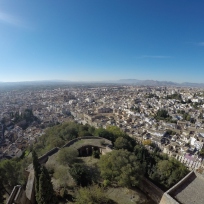 Granada is home to the Alhambra which is a palace and fortress complex of the Moorish monarchs of Granada and was built in the main between 1238 and 1358, in the reigns of Ibn al-Aḥmar, founder of the Naṣrid dynasty.  The Nasrid Palace is quite spectacular and the engravings in the plaster work is so intricate. 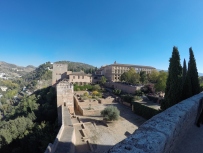 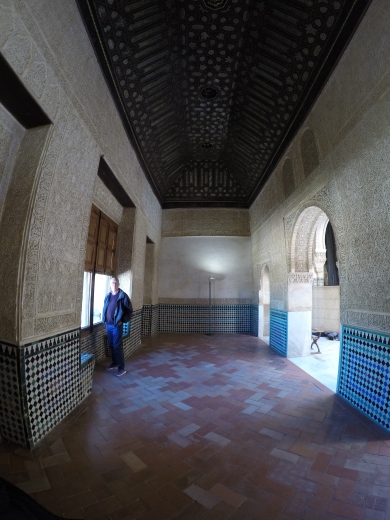 The Patio de los Leones (Court of the Lions) is a court 35 metres long and 20 metres wide and in the centre of the court is the Fuente de los Leones (Fountain of the Lions), an alabaster basin supported by the figures of 12 white marble lions, which are emblems of strength and courage.

Court of the Lions

Court of the Lions

The Partal of the Alhambra includes the Tower of the Ladies and the Gardens.

The Generalife was the summer palace and gardens of the Nasrid dynasty that ruled Granada, Spain for many years. It was built in the 13th century. 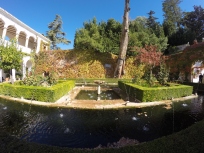 The Alcazaba, is a fortress and one of the oldest part of the Alhambra, The first reference to the Alcazaba dates from the 9th century. 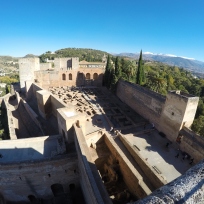 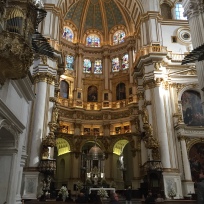 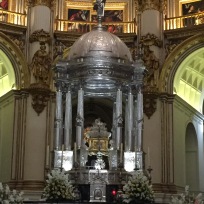 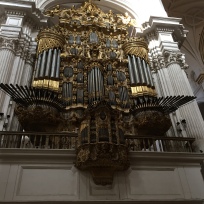 The Organ in Granada Cathedral

Murcia is the capital of the region of Murcia and is about 30 miles from Cartagena.  On Saturday 2nd December they had the turning of the Christmas lights.  So we decided to go along.  We took the bus which left from Cartagena bus station and it took 45minutes there dropping off at Murcia bus station and an hour back as it went a longer route round.

The Christmas tree was 40 metres tall and has 60,000 LED lights on it.  There was live music from Ruth Lorenzo, who came 5th in the 2008 UK X Factor and a group called Siempra Asi.  There was quite a build up with a light show and music before the lights on the tree came on and then there was fireworks and snow (thankfully not the real stuff)!  It was spectacular and never seen anything like it.  It was on a grand scale but it brought thousands out to watch it.  The streets in the main area had lights too.

Waiting for the Christmas lights to be turned on at Murcia 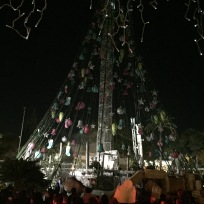 Waiting for the lights in Murcia

The Christmas tree at Murcia

The evenings are getting cold now so it felt Christmassy so much so that I had to put on my winter coat and my gloves!